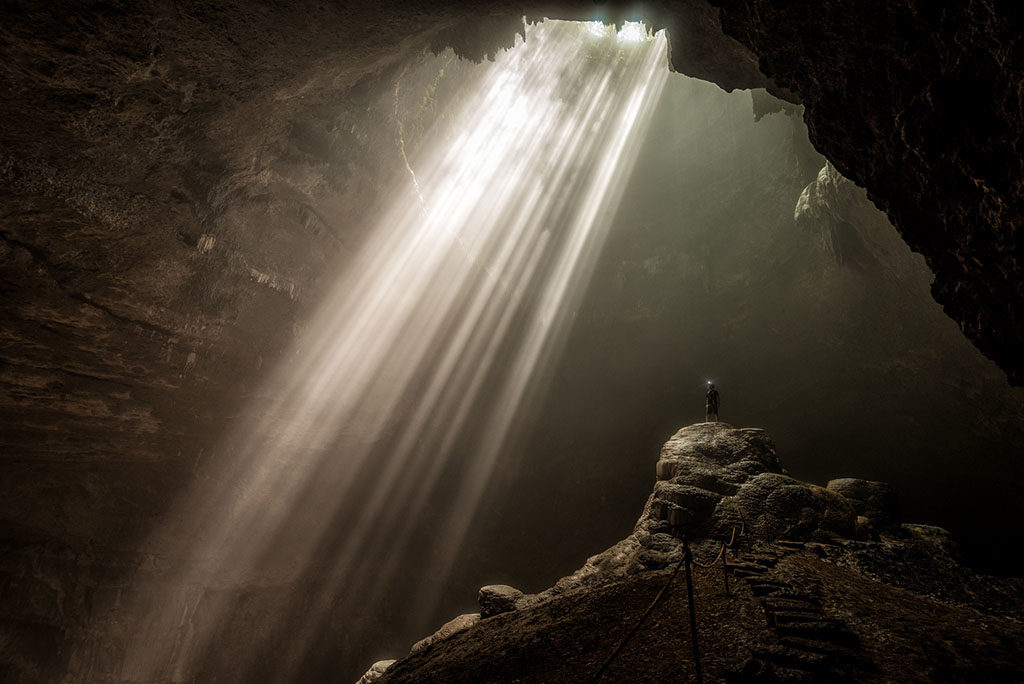 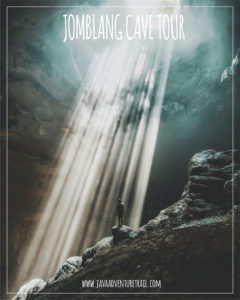 Jomblang cave isn’t really a cave, its part of a cave system that covers the whole of Gunung Kidul area. The caves were formed over thousands were formed by rainwater and underground rivers that eroded the karst rock (a bit like the famous underground caves in the Yucatan, Mexico). The actual cave (or the bit that the tourists see) is made up of three parts. The first is a large huge sinkhole that was formed by the roof of the cave collapsing. The second part of the cave is a long tunnel and the final part is Grubug cave, the central cave. It’s hard to put into words just how big the sinkhole is. The hole is easily 25 meters in diameter and drops 50 meters straight down. It must have been formed hundreds of years ago, because there’s a forest at the bottom of the sinkhole.

Other Package  What should you prepare before taking blue fire tour in Ijen Crater?

You need to be lowered on a rope to get to the bottom of the sinkhole. It’s perfectly safe. You have to get strapped up in all the proper safety equipment before they even let you near the edge of the sinkhole. Still, I have to say I felt nervous stepping off the edge into thin air 50 meters above the forest floor. Once you have reached the forest at the bottom of the sinkhole you need to wait around for the rest of the group to join you (remember, there’s a maximum of 25 people per group and only one group per day). As soon as everybody is at the bottom you follow the trail to the tunnel.

The entrance to the main tunnel linking Jomblang and Grubug cave is at least 7 meters wide and 4 meters high. The tunnel itself is 250 meters long. At the start you don’t need the torch, but in the middle it becomes pitch black. It’s also muddy and the rocks are slippery. The word amazing is used a lot. As you turn the final corner of the tunnel you start to see the rays of sunlight pouring through the roof of Grubug cave. The view is amazing (trust me, ‘amazing’ is the right word)!

After you taking in the view, the second thing you notice is just how large Grubug cave is. You could probably easily fit a cathedral, large mosque or the first five floors of a skyscraper in the cave. The space is just that big. You will feel like you should be holding my breath. The view around me was amazing. The cave is huge. The roof of Jomblang cave was 50 meters or more above our heads. Sunshine was flooding in through the hole in the roof of the cave. It is time to pose on a rock, a dark silhouette against the light.

Sofyan
http://javaadventuretrail.com
Hi I’m Sofyan! The guy with a long hair and an occassional mustache. Passionate on traveling and photography, I take photos with an aim of perfection. It may take some time but when we immerse ourselves we could take amazing photo and inspire people. I am currently traveling around Indonesia and South East Asia as I keep up with my own travel company.
Next Post Java Adventure Trail Services