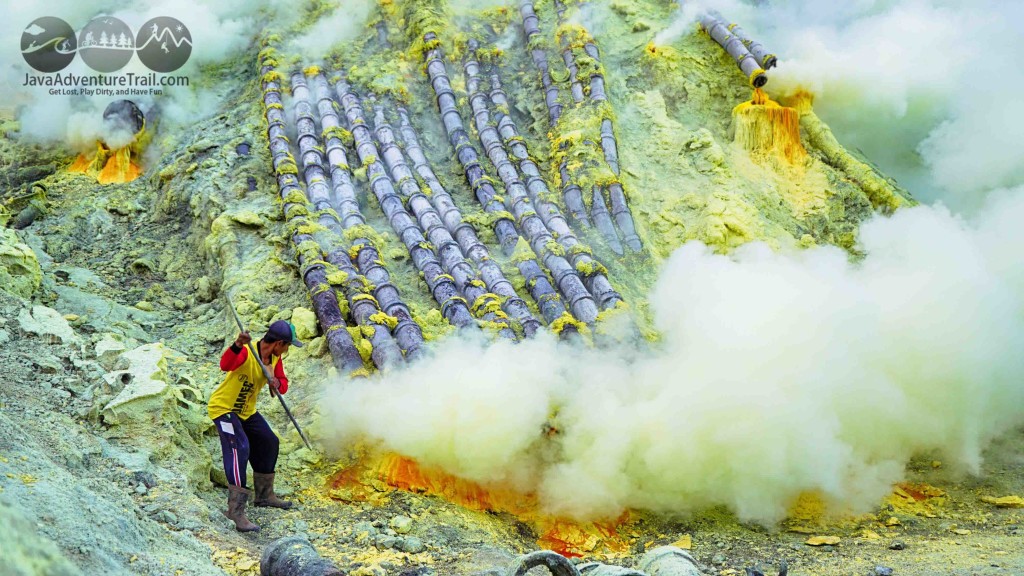 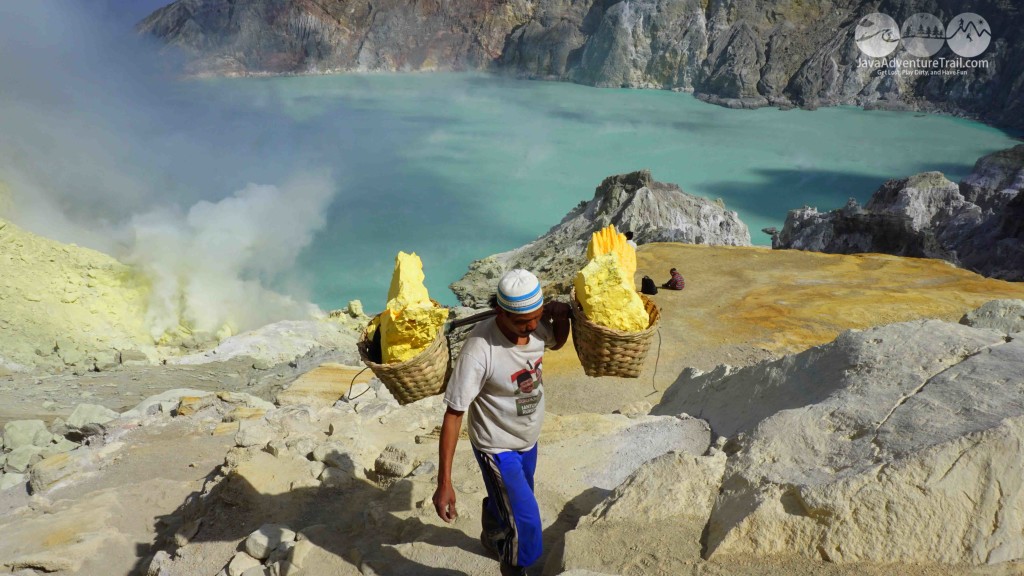 Sulfur mining in Indonesia is one of famous mining business in Indonesia. Because, we have 118 volcanoes in Indonesia and some of them are able to be mined. One of them is Mount Ijen or well-known as Ijen Crater. It has a huge contents of sulfur under the volcano. It makes one of local company takes over the place from government and taking the sulfur then they will export it to china or other country who wants to import it. Sulfur is very useful for medication especially for skin, we can use for anti-acne, kill the bacteria on our skin, makes our skin smoother and in chemical things, we can use for making a match, firework many more.

The sulfur miners in Ijen Crater is around 100 people, they divided into 2 shifts, first shift they work in the morning or even at night and the second shift start working around 9/10 am. They have to walk to until the mining for about 1,5 – 2 hours.

From the mining point, they have to dig the hole and get some pieces of Sulfur. Afterwards, they have to put some pieces into their basket, the weight must be above 50 kg if they want to get more money. They have to carry the basket up and move the pieces of sulfur into a cart/modified trolley. It will help them to get more sulfur and easier to carry instead of carrying basket with full of sulfur on their shoulder. But it’s still hard and It’s still one of the hardest job in the world, Per day, they can only earn approximately IDR 100,000. It depends on how many Kg of sulfur they can carry.

Nowadays, the tourism in Banyuwangi area is increasing, it has big impact to the number of visitor in Ijen Crater. Every weekend more than 200 people hike Ijen Crater. It makes some miners work as local guide. It’s easier job for them instead of carrying heavy loads of sulfur.